Hansen Bursic is a filmmaker, producer, photographer and activist working out of Philadelphia, Pennsylvania.

Hansen grew up in the suburbs right outside of Pittsburgh where he first discovered his love for both film and photography. He currently attends Temple University for film and is pursing a directing concentration. Hansen’s film work has ranged from working as the director of photography on a TV pilot called Paranormal Preachers to being the head of media for the Pennsylvania Youth Congress, a federally funded statewide advocacy organization. He has also started many of his own projects including starting and organizing a film festival called Music Video Roulette for high school aged aspiring filmmakers. 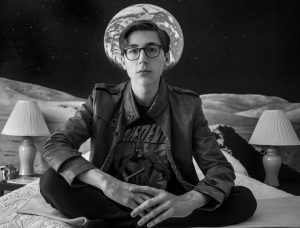 Many of the issues Hansen’s films explore are LGBT identities in traditionally unconventional environments. One of Hansen’s most recent films, a mini-documentary titled “The Toothmans,” centers around a transgender girl named Cooper and her family living in rural Pennsylvania. It highlights the importance of family acceptance and what living in a rural area looks like for a someone who is transgender. This film is currently on its festival circuit and has recently won audience favorite at the Pittsburgh Underground Film Festival in its category. To watch it visit our Film and Video Page.